It takes a tribe: building the Tough Mudder movement
(Book)

Description
“Who on earth wants to jump into ice baths and run through fire and wallow in mud on a Sunday afternoon, just for the hell of it?” my professors asked. My gut feeling was—plenty of people.

Will Dean, founder of extreme obstacle course Tough Mudder, shares the thrilling inside story of how a scrappy startup grew into a movement whose millions of members feel like co-owners. He shows how other companies can embrace the Tough Mudder playbook by nurturing tribes of passionate fans while constantly experimenting with new risks.

After five years as a British counterterrorism officer and two years at Harvard Business School, Dean was determined not to follow his classmates to Wall Street or Silicon Valley. Instead, he pursued his unique vision for an extreme obstacle course—a ten- to twelve-mile gauntlet pushing participants to their limits and helping them surpass those limits together. Instead of cutthroat competition, Tough Mudder would be about continual self-improvement and collective energy.

It would be about the power of a tribe.

Dean and his small team launched the first Tough Mudder event in May 2010, hosting 5,000 pioneers at a deserted ski resort in Pennsylvania. Just seven years later, more than 3 million people on four continents have participated at least once, and hundreds of thousands have done so repeatedly. More than 20,000 are so committed that they sport a Tough Mudder tattoo.

Mudders prove the power of fierce and unshakable loyalty to one another and the challenge itself. Proudly sport­ing orange headbands and team uniforms, they’ll run through mud, climb steep walls, face elec­tric shocks, and slide down the side of a moun­tain. The tougher the experience, the greater the satisfaction.

It Takes a Tribe shows you how to embody the Tough Mudder spirit and capture the same magic. As a Tough Mudder slogan says, “When was the last time you did something for the first time?”
Also in This Series

Note! Citation formats are based on standards as of July 2010. Citations contain only title, author, edition, publisher, and year published. Citations should be used as a guideline and should be double checked for accuracy.
Staff View
Grouped Work ID:
0fc70ce9-2443-a7d3-c711-9d04474cdbce
Go To GroupedWork 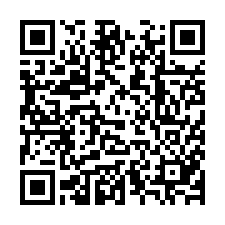