Description
The victim, well dressed but stripped of identification, is found at the edge of the vast Jicarilla Apache natural gas field just inside the jurisdiction of the Navajo Tribal Police, facing Sergeant Jim Chee with a complex puzzle. Why did the Washington office of the FBI snatch custody of this case from its local agents, cover it with secrecy, and call it a hunting accident? What was the victim seeking among the maze of pipelines and pumping stations in America's largest gas field? Was he investigating the embezzlement of billions of dollars from the Indian Tribal royalty trust in the Department of the Interior? On a level nearer to Chee's heart, did the photographs Bernie Manuelito took on an exotic game ranch near the Mexican border reveal something connected with this crime? Did Bernie, once a member of Chee's squad but now a rookie Border Patrol Officer, put herself in terrible danger? Tony Hillerman leads his readers through another of his intricate plots to the solution of this crime, with a cast of vivid characters: a Washington political mogul and his more-or-less renegade pilot; a customs official who bends the rules; a Mexican smuggler with a conscience; and, finally, "Legendary Lieutenant" Joe Leaphorn, now retired, who connects the lines on a dusty old map to find the answers -- and the Sinister Pig -- among the great scimitar-horned oryx grazing on the historic Tuttle Ranch.
Also in This Series

Note! Citation formats are based on standards as of July 2022. Citations contain only title, author, edition, publisher, and year published. Citations should be used as a guideline and should be double checked for accuracy.
Staff View
Grouped Work ID:
b73d980b-def3-8811-a03a-7dfb60dd4867
Go To GroupedWork 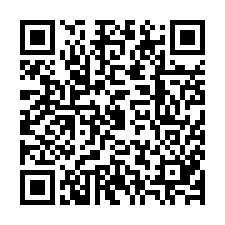