Paladares: recipes inspired by the private restaurants of Cuba 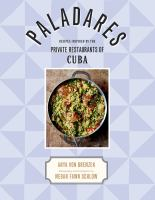 Description
Cuba is experiencing a cultural and culinary renaissance—and its paladares, the private restaurants, are leading the way. Paladares is a fascinating culinary and visual journey through the new Cuba. Born in Soviet Russia in the era of shortages, award-winning writer Anya von Bremzen brings a unique perspective to the stories that Cuba's chefs, restaurateurs, farmers, and food historians share with her. She eavesdrops on passionate arguments about black beans and tamales; pries Daiquirí secrets from legendary El Floridita (Hemingway's watering hole); guides us to vibrant agros (markets) and visionary organic farms. We learn of Fidel's obsession with cows, milk, and ice cream. We hear wrenching memories of the Período Especial, the years of terrible privation after Soviet aid vanished. We meet colorful expats who fell for Cuba and ended up opening restaurants—and local hipsters who obsess over global culture gleaned solely from foreign movies and magazines. Fawn Schlow's evocative photographs frame it all with the ramshackle glamour of old Havana, Cuba's stunning countryside, dishes that are earthy and innovative, and Cuba's incredible people. The more than 100 recipes in Paladares are as intriguing as the characters behind them. Traditional Cuban bean pots, saucy picadillo, crunchy fritters, soulful tamales, Roast Chicken Stuffed with Black Beans and Rice—and a Gulf Stream of cocktails—are all featured here. But the recipes also reflect the current aspiration of Cuban cooks to finally catch up with the world through dishes such as Pumpkin Soup with Blue Cheese, Ceviche with Mango and Black-Eyed Peas, or Coffee-Rubbed Pork. Cuba's culinary culture is being reborn, and Paladares joyously savors this revolution.
Also in This Series 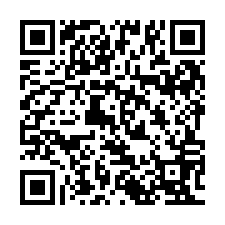