They stand proudly gazing across the Hudson River at the cliffs of New Jersey. Their brows are marked by ornamental pediments. Greek columns stand as sentries by their entrances and stone medallions bedeck their chests. They are seven graceful relics of Beaux Arts New York, townhouses built more than 100 years ago for a new class of industrialists, actors and scientists — many from abroad — who made their fortunes in the United States and shaped the lives of Americans.This book brings to life the ghosts who inhabit that row of townhouses on Manhattan's stately Riverside Drive for the first fifty years of the 20th Century, including a vicious crew of hoodlums who carried out what at the time was the largest armored car robbery in American history. It was a daring, minutely planned exploit that ended in blood, when one of the gangsters accidentally shot himself. He was taken to one of the townhouses — then, in 1934, an underworld safehouse — where he died and was stuffed in a steamer trunk (but his cohorts had to saw off one of his legs to fit him in it). From gangsters to industrialists, from future mayors to murderers, from movie stars to mafia dons, one block in a burgeoning city saw it all. The people who lived in each of the "Seven Sisters" reads like a mini Who's Who. Meet: * Percy Geary and John Oley, two Albany gangsters with a background in kidnapping and bootlegging; * Lucretia Davis, baking powder heiress whose parents were engaged in a bitter divorce that included allegations that her mother was trying get her father declared insane and take over his business; * Jokichi Takamine, the world's first biotech engineer and a rare Japanese scientist in the United States at the turn of the 19th century—He discovered diastase, an enzyme to ferment whisky and settle the stomach, and the adrenaline, a major scientific discovery; * Marion Davies, the mistress of William Randolph Hearst, who rose to movie stardom on the back of W.R.'s publicity machine while living on the block; * Julia Marlowe, American's greatest Shakespearean actress around 1900, just to name a few. If only the buildings could speak. * The Fabers of pencil fame * Billy Phelan's Greatest Game (Albany gang made famous by William Kennedy) * Duke Ellington, two mayors, and lurking in the background Legs Diamond.... If only the walls could talk? Dan Wakins makes it so in this unforgettable intimate glimpse into the history of New York City.

Wakin, D. J. (2018). The Man with the Sawed-Off Leg and other tales of a New York City block. New York: Arcade Publishing.

Wakin, Daniel J.. 2018. The Man With the Sawed-Off Leg and Other Tales of a New York City Block. New York: Arcade Publishing.

Wakin, Daniel J., The Man With the Sawed-Off Leg and Other Tales of a New York City Block. New York: Arcade Publishing, 2018.

Wakin, Daniel J.. The Man With the Sawed-Off Leg and Other Tales of a New York City Block. New York: Arcade Publishing, 2018. Print.

Note! Citation formats are based on standards as of July 2010. Citations contain only title, author, edition, publisher, and year published. Citations should be used as a guideline and should be double checked for accuracy.
Staff View
Grouped Work ID:
69d9b433-d564-6e80-f775-98a0c9c59c7b
Go To GroupedWork 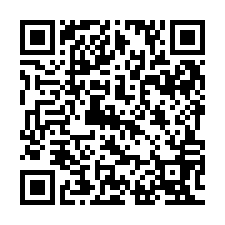