Caddyshack: the making of a Hollywood Cinderella story
(Book)

"More fun to read than the movie was to watch... a scene-stealing book."— The Washington Post

Caddyshack is one of the most beloved comedies of all time, a classic snobs vs. slobs story of working class kids and the white collar buffoons that make them haul their golf bags in the hot summer sun. It has sex, drugs and one very memorable candy bar, but the movie we all know and love didn't start out that way, and everyone who made it certainly didn't have the word "classic" in mind as the cameras were rolling.

In Caddyshack:The Making of a Hollywood Cinderella Story film critic for Entertainment Weekly Chris Nashawaty goes behind the scenes of the iconic film, chronicling the rise of comedy's greatest deranged minds as they form The National Lampoon, turn the entertainment industry on its head, and ultimately blow up both a golf course and popular culture as we know it. Caddyshack is at once an eye-opening narrative about one of the most interesting, surreal, and dramatic film productions there's ever been, and a rich portrait of the biggest, and most revolutionary names in Hollywood. So, it's got that going for it...which is nice.

Note! Citation formats are based on standards as of July 2010. Citations contain only title, author, edition, publisher, and year published. Citations should be used as a guideline and should be double checked for accuracy.
Staff View
Grouped Work ID:
201b41c6-751f-ddf4-a759-03fd3865a17e
Go To GroupedWork 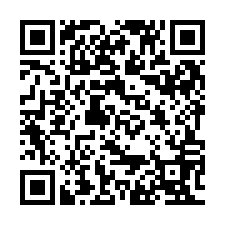