The renowned author of How to Read the Biblereveals how a pivotal transformation in spiritual experience during the biblical era made us who we are today.

A great mystery lies at the heart of the Bible. Early on, people seem to live in a world entirely foreign to our own. God appears to Abraham and Sarah, Jacob and others; God buttonholes Moses and Isaiah and Jeremiah and tells them what to say. Then comes the Great Shift, and Israelites stop seeing God or hearing the divine voice. Instead, later Israelites are "in search of God," reaching out to a distant, omniscient deity in prayers, as people have done ever since. What brought about this change? The answers come from ancient texts, archaeology and anthropology, and even modern neuroscience. They concern the origins of the modern sense of self and the birth of a worldview that has been ours ever since. James Kugel, whose strong religious faith shines through his scientific reckoning with the Bible and the ancient world, has written a masterwork that will be of interest to believers and nonbelievers alike, a profound meditation on encountering God, then and now.

"Biblical exegesis at its best: a brilliant and sensitive reading of ancient texts, all with an eye to making them meaningful to our time by making sense of what they meant in their own."—Kirkus Reviews(starred review)

"A magnificent job of bringing important ideas from the academy to a broad readership . . . Kugel gives readers a sense of history's convoluted texture, its ironies, and thus its beauty."—The Jewish Review of Books
Also in This Series

Note! Citation formats are based on standards as of July 2010. Citations contain only title, author, edition, publisher, and year published. Citations should be used as a guideline and should be double checked for accuracy.
Staff View
Grouped Work ID:
24f632b3-1a57-e8e7-4d16-7397ce0ad1dc
Go To GroupedWork 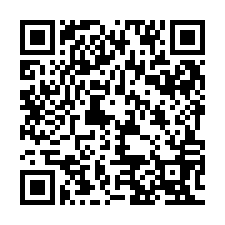