Description
Jonathan is a private detective in a decaying eastern European city. He is drowning in his work, his failing marriage, and the corrupt landscape that surrounds him. One day, he is approached by an elderly couple to investigate the disappearance of their daughter, who has been missing for nearly two decades. Troubled by the faded photograph of a little girl the couple presses on him—she's the same age as his own daughter—he feels compelled to find her. Then one night, as he is contemplating his troubled marriage, he encounters a young woman crouched at the foot of a stone angel on the bridge spanning the river that divides the city, a woman who suddenly jumps into the icy water below. Plunging after her, Jonathan finds himself dragged into her ghostly world of confusion, coincidence, and intrigue, and the city he thought he knew becomes strange, mysterious, and threatening.
Combining the language and imagery of film with those of an extremely gifted writer, Neil Jordan has created a haunting novel that intrigues, delights, and surprises with its precise language, sly humor, imaginative range, and narrative flair.
Also in This Series

Note! Citation formats are based on standards as of July 2010. Citations contain only title, author, edition, publisher, and year published. Citations should be used as a guideline and should be double checked for accuracy.
Staff View
Grouped Work ID:
7c40fb74-18b9-e97c-6f0a-5c6a5f5cbcfa
Go To GroupedWork 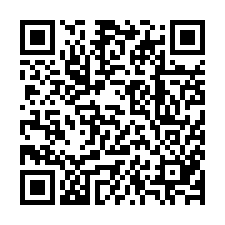