Catalog The bands of mourning / »  Book »

The bands of mourning
(Book)

From #1 New York Times bestselling author Brandon Sanderson, the Mistborn series is a heist story of political intrigue and magical, martial-arts action.
Three hundred years after the events of the Mistborn trilogy, Scadrial is now on the verge of modernity, with railroads to supplement the canals, electric lighting in the streets and the homes of the wealthy, and the first steel-framed skyscrapers racing for the clouds.
The Bands of Mourning are the mythical metal minds owned by the Lord Ruler, said to grant anyone who wears them the powers that the Lord Ruler had at his command. Hardly anyone thinks they really exist. A kandra researcher has returned to Elendel with images that seem to depict the Bands, as well as writings in a language that no one can read. Waxillium Ladrian is recruited to travel south to the city of New Seran to investigate. Along the way he discovers hints that point to the true goals of his uncle Edwarn and the shadowy organization known as The Set.
Other Tor books by Brandon Sanderson
The Cosmere

The Stormlight Archive
The Way of Kings
Words of Radiance
Edgedancer (Novella)
Oathbringer
The Mistborn trilogy
Mistborn: The Final Empire
The Well of Ascension
The Hero of Ages
Mistborn: The Wax and Wayne series
Alloy of Law
Shadows of Self
Bands of Mourning
Collection
Arcanum Unbounded
Other Cosmere novels
Elantris
Warbreaker
The Alcatraz vs. the Evil Librarians series
Alcatraz vs. the Evil Librarians
The Scrivener's Bones
The Knights of Crystallia
The Shattered Lens
The Dark Talent
The Rithmatist series
The Rithmatist
Other books by Brandon Sanderson

The Reckoners
Steelheart
Firefight
Calamity
At the Publisher's request, this title is being sold without Digital Rights Management Software (DRM) applied.

Note! Citation formats are based on standards as of July 2010. Citations contain only title, author, edition, publisher, and year published. Citations should be used as a guideline and should be double checked for accuracy.
Staff View
Grouped Work ID:
75fda3a6-e6af-ffbf-a0e9-cb6acb5cc5df
Go To GroupedWork 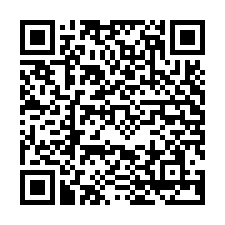