Catalog A spell for Chameleon / »  Book »

A spell for Chameleon
(Book)

Description
Piers Anthony’s bestselling Xanth series is one of the cornerstones of fantasy, a lively and whimsical interpretation of a genre often criticized for taking itself too seriously. Anthony’s first Xanth novel, A Spell for Chameleon, was initially edited to target a more traditional audience. Now, in an eBook exclusive, A Spell for Chameleon has been reworked line by line—its language matching the simpler, playful way with words that made Piers Anthony an enduring fan favorite.

Xanth is an enchanted land where magic rules, a land of centaurs and dragons and basilisks where every citizen has a unique spell to call their own. For Bink of North Village, however, Xanth is no fairy tale. He alone has no magic. And unless he gets some—and fast!—he will be exiled. Forever.

But the Good Magician Humfrey is convinced that Bink does indeed have magic. In fact, both Beauregard the genie and the magic wall chart insist that Bink has magic as powerful as any possessed by the King, the Good Magician Humfrey, or even the Evil Magician Trent. Be that as it may, no one can fathom the nature of Bink’s very special magic. This is even worse than having no magic at all . . . and he still faces exile!
Also in This Series

Note! Citation formats are based on standards as of July 2010. Citations contain only title, author, edition, publisher, and year published. Citations should be used as a guideline and should be double checked for accuracy.
Staff View
Grouped Work ID:
51c96fcb-6bd5-4097-ff83-f1de6fa930b3
Go To GroupedWork 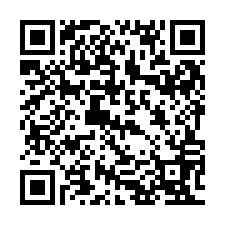