Four weddings and a fireman
(Book)

It takes a certain kind of man to stand out among the Bachelor Firemen of San Gabriel.

Firefighter Derek "Vader" Brown is one of a kind—six feet of solid muscle with the heart of a born hero. It's that protective streak that has him pursuing a promotion to Captain to pay for his mother's home care. And it's why he intends to figure out why his sometime girlfriend Cherie Harper runs hot as hellfire one minute and pushes him away the next.

Cherie's got it bad. Vader sweeps her off her feet—literally—and their chemistry is combustible. There's just the little problem of a nightmare from her past she was desperate to escape. And then her sister Trixie arrives, causing havoc for Cherie and the male population of San Gabriel. Cherie doesn't want her past to complicate Vader's life or his career. But there's nothing like a firefighter to break through all your defenses, one smoldering kiss at a time . . .

Note! Citation formats are based on standards as of July 2010. Citations contain only title, author, edition, publisher, and year published. Citations should be used as a guideline and should be double checked for accuracy.
Staff View
Grouped Work ID:
b2862dd4-8ee6-93e5-0436-8ea420d4fdb3
Go To GroupedWork 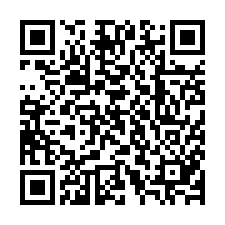