Catalog The stench of Honolulu : »  Book »

The stench of Honolulu: a tropical adventure
(Book)

The legendary Deep Thoughts and New Yorker humorist Jack Handey is back with his very first novel--a hilarious, absurd, far-flung adventure tale. THE STENCH OF HONOLULUA Tropical Adventure Are you a fan of books in which famous tourist destinations are repurposed as unlivable hellholes for no particular reason? Read on! Jack Handey's first novel is an exotic tale with laugh-out-loud twists and unforgettable characters. A reliably unreliable narrator and his friend, some guy named Don, need to get out of town. They have a taste for adventure, so they pay visit to a relic of bygone days-a travel agent-and discover an old treasure map. She might have been a witch, by the way. Our heroes soon embark on a quest for the Golden Monkey, which takes them into the mysterious and stinky foreign land of Honolulu. There, they meet untold dangers, confront strange natives, kill and eat Turtle People, kill some other things and people, eat another thing, and discover the ruins of ancient civilizations. As our narrator says, "The ruins were impressive. But like so many civilizations, they forgot the rule that might have saved them: Don't let vines grow all over you."

Note! Citation formats are based on standards as of July 2010. Citations contain only title, author, edition, publisher, and year published. Citations should be used as a guideline and should be double checked for accuracy.
Staff View
Grouped Work ID:
e3e88d03-8486-a5ed-95a0-004ef4a236ce
Go To GroupedWork 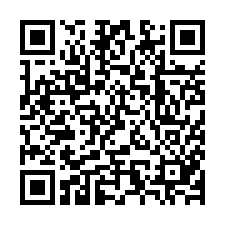