Description
The second book in the NYT bestselling Expanse series, Caliban's War shows a solar system on the brink of war, and the only hope of peace rests on James Holden and the crew of the Rocinante's shoulders. Now a Prime Original series.HUGO AWARD WINNER FOR BEST SERIES​We are not alone.On Ganymede, breadbasket of the outer planets, a Martian marine watches as her platoon is slaughtered by a monstrous supersoldier. On Earth, a high-level politician struggles to prevent interplanetary war from reigniting. And on Venus, an alien protomolecule has overrun the planet, wreaking massive, mysterious changes and threatening to spread out into the solar system.In the vast wilderness of space, James Holden and the crew of the Rocinante have been keeping the peace for the Outer Planets Alliance. When they agree to help a scientist search war-torn Ganymede for a missing child, the future of humanity rests on whether a single ship can prevent an alien invasion that may have already begun . . .The ExpanseLeviathan WakesCaliban's WarAbaddon's GateCibola BurnNemesis GamesBabylon's AshesPersepolis RisingTiamat's Wrath​Leviathan FallsThe Expanse Short FictionThe Butcher of Anderson StationGods of RiskThe ChurnThe Vital AbyssStrange DogsAuberon
Also in This Series

Note! Citation formats are based on standards as of July 2010. Citations contain only title, author, edition, publisher, and year published. Citations should be used as a guideline and should be double checked for accuracy.
Staff View
Grouped Work ID:
560351d0-4014-50fd-6cb9-41e7c9ff9dd0
Go To GroupedWork 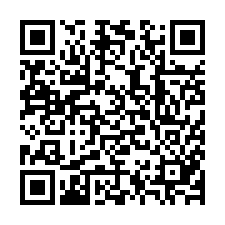