Fighting the devil in Dixie: how civil rights activists took on the Ku Klux Klan in Alabama
(Book)

Description
"Shortly after the success of the Montgomery Bus Boycott, the Ku Klux Klan--determined to keep segregation as the way of life in Alabama--staged a resurgence, and the strong-armed leadership of governor George C. Wallace, who defied the new civil rights laws, empowered the Klan's most violent members. As Wallace's power grew, however, blacks began fighting back in the courthouses and schoolhouses, as did young southern lawyers like Charles "Chuck" Morgan, who became the ACLU's southern director; Morris Dees, who cofounded the Southern Poverty Law Center; and Bill Baxley, Alabama attorney general, who successfully prosecuted the bomber of Birmingham's Sixteenth Street Baptist Church and legally halted some of Wallace's agencies designed to slow down integration. Fighting the Devil in Dixie is the first book to tell this story in full, from the Klan's kidnappings, bombings, and murders of the 1950s to Wallace running for his fourth term as governor in the early 1980s, asking forgiveness and winning with the black vote. For nearly 17 years, Wayne Greenhaw covered Alabama state government, the Wallace administrations, and civil rights for The Alabama Journal and The Montgomery Advertiser. From 1965 until 1977, he interviewed governors, civil rights leaders, and Ku Klux Klansmen throughout the South. Many of these stories were published in The New York Times and in national magazines. In 2006 he was presented the Harper Lee Award as Alabama's distinguished writer. Fighting the Devil in Dixie is his 22nd book."--
Also in This Series

Note! Citation formats are based on standards as of July 2010. Citations contain only title, author, edition, publisher, and year published. Citations should be used as a guideline and should be double checked for accuracy.
Staff View
Grouped Work ID:
88406f8b-4bbf-db18-1d0d-6e6dd58fee84
Go To GroupedWork 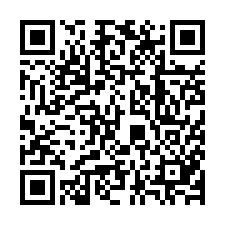