Description
With fourteen HBO specials, five Grammys, a critical Supreme Court battle over censorship, and countless appearances on the international comedy circuit, George Carlin saw it all and made fun of most of it. Carlin's journey to stardom began in the rough-and-tumble neighborhoods of New York in the 1950s, where class and culture wars planted the seeds for some of his earliest material including the infamous Seven Dirty Words routine. Carlin describes his major influences as an up-and-coming comic, talking about the origins of some of his most famous stand-up routines. The people he encountered on his rise to stardom reads like a Who's Who of 1970s celebrity, from Lenny Bruce who took him under his wing to Hugh Hefner who gave him his first big shot. Carlin spares no details as he describes his life and career. He discusses his own battle with substance abuse, his often turbulent relationships with the women in his life, and the politics that informed so much of his stand-up. From the high points on stage to low points in the hospital, Last Words is George Carlin's life told with the same brash, unblinking honesty that defined his comedy.
Also in This Series

Note! Citation formats are based on standards as of July 2010. Citations contain only title, author, edition, publisher, and year published. Citations should be used as a guideline and should be double checked for accuracy.
Staff View
Grouped Work ID:
a691243e-011e-892c-40a7-6bc66e4b129f
Go To GroupedWork 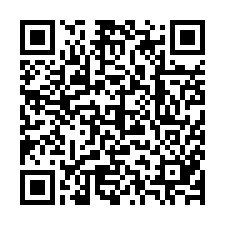