Now in development for TV: Rights to develop Wild Cards for TV have been acquired by Universal Cable Productions, the team that brought you The Magicians and Mr. Robot, with the co-editor of Wild Cards, Melinda Snodgrass as executive producer.

In 1946, an alien virus that rewrites human DNA was accidentally unleashed in the skies over New York City. It killed ninety percent of those it infected. Nine percent survived to mutate into tragically deformed creatures. And one percent gained superpowers. The Wild Cards shared-universe series, created and edited since 1987 by New York Times #1 bestseller George R. R. Martin ("The American Tolkien" —Time magazine) along with Melinda Snodgrass, is the tale of the history of the world since then—and of the heroes among the one percent.

Now a new generation of heroes has taken its place on the world stage, its members crucial players in international events. At the United Nations, veteran ace John Fortune has assembled a team of young aces known as the Committee, to assist at trouble spots around the world–including a genocidal was in the Niger Delta, an invasion of zombies in hurricane ravaged New Orleans, and a freak nuclear explosion in a small Texas town.

The Puppetman Quartet#4: Aces Abroad#5: Down and Dirty#6: Ace in the Hole#7: Dead Man's Hand

Note! Citation formats are based on standards as of July 2010. Citations contain only title, author, edition, publisher, and year published. Citations should be used as a guideline and should be double checked for accuracy.
Staff View
Grouped Work ID:
bcba677b-4781-bb80-18e4-f9d98fc96e89
Go To GroupedWork 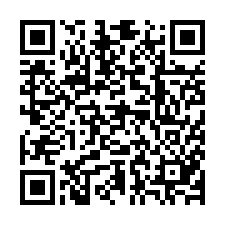