Description
In the conclusion to the Dark Disciple trilogy, Mina uncovers the truth she has long denied: she alone can upset the balance of power in heaven Finally free of the Blood Sea Tower, Mina at last learns the truth about herself. Once a mortal dedicated to the One God and then to Chemosh, she is in fact a god herself—a revelation that sends her and all of heaven into a desperate frenzy. Rhys, the monk of Majere, is given the dangerous assignment of guarding the crazed god. Accompanied by his dog Atta and the kender Nightshade, he escorts her on a long, strange journey to the mysterious place known as Godshome. Along the way, they seek those Mina can trust—but that list is very short. Their path is fraught with peril, for the undead Beloved want to make Mina their leader. The fearsome death knight Krell brings fire and death to the town of Solace in an effort to seize her. And her trusted former lieutenant, the minotaur named Galdar, is ordered to try to turn Mina to the side of evil by delivering her to her most hated enemy.
Also in This Series

Note! Citation formats are based on standards as of July 2010. Citations contain only title, author, edition, publisher, and year published. Citations should be used as a guideline and should be double checked for accuracy.
Staff View
Grouped Work ID:
3cdbc7a1-3fc8-9a5f-1d25-cb94b7dd9c01
Go To GroupedWork 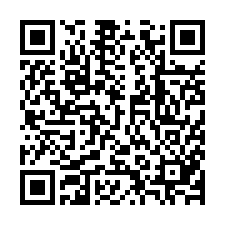