Description
Bestselling authors Rita Mae Brown and her feline partner, Sneaky Pie Brown, return with a mystery starring Mary Minor “Harry” Haristeen, the sleuthing cats Mrs. Murphy and Pewter, and corgi Tee Tucker. But are they any match for a killer who’s made an entire town suspect by committing…THE PURRFECT MURDER Autumn has arrived in cozy Crozet, Virginia, and that means the town’s inhabitants are hard at work in home and garden preparing for winter. Harry is planning to harvest her first crop of Petit Manseng grapes along with her beloved sunflowers. Meanwhile, her recent marriage to Fair and her friendship with Deputy Cynthia Cooper, who’s rented nearby Blair Farm, are flourishing. But even when peace descends on the idyllic countryside, murder is lurking. Mrs. Carla Paulson is one of the diamond-encrusted “come-here” set who has descended on Crozet with plenty of wealth and no feeling for country ways. She’s determined to make her new house the envy of all her well-heeled friends—and enemies—and she’ s hired architect Tazio Chappers to build it. From the start, the project—and Mrs. Paulson—turns into a major headache relieved only by a side trip to study Thomas Jefferson’s extraordinary summer home at Poplar Forest. Harry couldn’t foresee that a day later Mrs. Paulson would be found stabbed to death at a gala fund-raiser with Harry’s friend, Tazio Chappers, standing over her, holding the knife. Now Harry must solve what seems to everyone else an open-and-shut case. Every other human, that is. For her four-legged friends see it Harry’s way. But will they have to choose between catching the purrfect killer or saving Harry?
Also in This Series

Note! Citation formats are based on standards as of July 2010. Citations contain only title, author, edition, publisher, and year published. Citations should be used as a guideline and should be double checked for accuracy.
Staff View
Grouped Work ID:
5f4c6884-9ce6-04fc-6687-c2d682561689
Go To GroupedWork 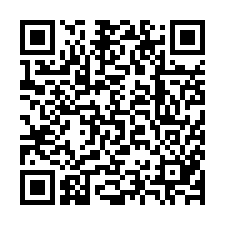