Description
From the bestselling author of Hoodlum comes a novel about one of the deadliest women to ever grace the streets of Harlem: Eve. The only family Eve Panelli has ever known is the infamous Twenty Gang. Orphaned as a small child, Eve quickly learned the art of the hustle, and by age seventeen she had spent two years in prison. But now Eve is eighteen, back on the streets of Harlem with her gang, and up to one of her old tricks: strong-arm robbery. Despite her edge, she's got a soft spot for Felon, the up-and-coming street king. Eve's life takes a serious turn when the powerful DeNardi family, the city's biggest drug supplier, tries to tighten its hold on Harlem. And when Eve's best friend, Cassidy, is murdered in the crossfire, Eve seeks revenge, starting all the way at the top.
Also in This Series

Note! Citation formats are based on standards as of July 2010. Citations contain only title, author, edition, publisher, and year published. Citations should be used as a guideline and should be double checked for accuracy.
Staff View
Grouped Work ID:
818a9e53-ab36-ab99-d367-a0e0f408f336
Go To GroupedWork 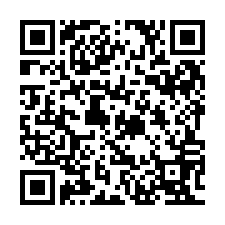