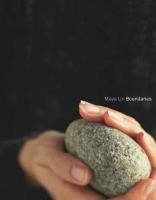 Description
Renowned artist and architect Maya Lin's visual and verbal sketchbook—a unique view into her artwork and philosophy.
Walking through this parklike area, the memorial appears as a rift in the earth — a long, polished black stone wall, emerging from and receding into the earth. Approaching the memorial, the ground slopes gently downward, and the low walls emerging on either side, growing out of the earth, extend and converge at a point below and ahead. Walking into the grassy site contained by the walls of this memorial, we can barely make out the carved names upon the memorial's walls. These names, seemingly infinite in number, convey the sense of overwhelming numbers, while unifying these individuals into a whole....

So begins the competition entry submitted in 1981 by a Yale undergraduate for the design of the Vietnam Veterans Memorial in Washington, D.C. — subsequently called "as moving and awesome and popular a piece of memorial architecture as exists anywhere in the world." Its creator, Maya Lin, has been nothing less than world famous ever since. From the explicitly political to the un-ashamedly literary to the completely abstract, her simple and powerful sculpture — the Rockefeller Foundation sculpture, the Southern Poverty Law Center Civil Rights Memorial, the Yale Women's Table, Wave Field — her architecture, including The Museum for African Art and the Norton residence, and her protean design talents have defined her as one of the most gifted creative geniuses of the age.

Boundaries is her first book: an eloquent visual/verbal sketchbook produced with the same inspiration and attention to detail as any of her other artworks. Like her environmental sculptures, it is a site, but one which exists at a remove so that it may comment on the personal and artistic elements that make up those works. In it, sketches, photographs, workbook entries, and original designs are held together by a deeply personal text. Boundaries is a powerful literary and visual statement by "a leading public artist" (Holland Carter). It is itself a unique work of art.
Also in This Series

Note! Citation formats are based on standards as of July 2010. Citations contain only title, author, edition, publisher, and year published. Citations should be used as a guideline and should be double checked for accuracy.
Staff View
Grouped Work ID:
daf948ae-3846-4d8a-67cc-a8b3a607ae42
Go To GroupedWork 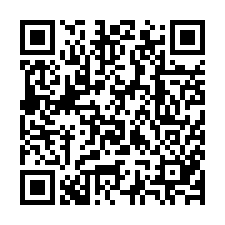