Catalog To the lighthouse / »  Book »

To the lighthouse
(Book)

Description
One of the most important works of art of the twentieth century, To the Lighthouse is a profound, stirring, and ambitious novel written by an artist at the height of her extraordinary powers. Like all great works of art, To the Lighthouse is rich with meaning and implication. On the simplest level, it is about the Ramsay family, their vacation home on the Hebrides Islands in Scotland, and the guests who come to stay with them there. On a deeper level, the novel is a meditation on time, on how it is experienced, and on what resources humans beings have to reckon with its relentless, withering passage.
The relentlessness of time is nowhere more powerfully felt than in the book's second section, "Time Passes." A shocking, almost inhuman picture of decay and death, "Time Passes" moves like a stop-motion film: weeds grow before our eyes, the unoccupied vacation house falls into disrepair, and history marches on its tumultuous way in the background. Bookending this harrowing section are the sections "The Window" and "The Lighthouse," the story of the Ramsay circle and how they face this unstoppable force.
Each of the important characters in the novel demonstrates a slightly different approach to the problem of time's passage. Mr. Ramsay, a portrait of Woolf's own father, has dedicated himself to his philosophic writings. Well aware that his works are not profound enough to secure any lasting fame or immortality for his name, Mr. Ramsay spends his days in a volcanic depression. Mrs. Ramsay, on the other hand, less cerebral than her husband, devotes her energies to bringing harmony, stability, and happiness to her family in the time that they have together. But it is the painter Lily Briscoe, whose act of painting closes the novel, who seems to offer the best alternative. By composing, Woolf seems to suggest, the artist builds a provisional order out of the flux and chaos of life. What is important, though, is not whether Lily Briscoe's paintings are good enough to bring her artistic immortality, but the fact that she approaches the world with an artist's eye, capable of reveling in beauty and seeing provisional harmony in the midst of the volatility and confusion of life. It is, in other words, less the artist's expression itself and more the artist's way of perceiving the world that makes a difference.
Woolf's masterpiece, To the Lighthouse was published in 1927 during one of most astonishing and impressive periods of achievement and development in English literary history. Indeed, not since the heyday of English Romanticism in the early nineteenth century, have so many enduring and groundbreaking masterworks been produced. To the Lighthouse was published just four years after that annus mirabilis, 1922, which saw the publication of both Eliot's The Waste Land and Joyce's Ulysses. Forster's A Passage to India (1924), Faulkner's The Sound and the Fury (1929) and Woolf's own Mrs. Dalloway (1925) are just a few of the remarkable works of a period which also found artists such as F. Scott Fitzgerald, Ernest Hemingway and Wallace Stevens in the United States and D.H. Lawrence and W.B. Yeats in Great Britain working at the height of their powers.

Note! Citation formats are based on standards as of July 2022. Citations contain only title, author, edition, publisher, and year published. Citations should be used as a guideline and should be double checked for accuracy.
Staff View
Grouped Work ID:
4f3c7ac9-3ab8-5da1-cf9c-d9bef29fe743
Go To GroupedWork 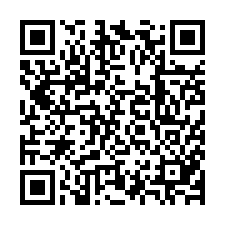