Guenevere, Queen of the summer country : a novel
(Book)

Description
Camelot—a vibrant pageant of love, heartbreak, hatred, jealousy, revenge, and desire—as seen through the eyes of its queen, Guenevere

Raised in the tranquil beauty of the Summer Country, Princess Guenevere has led a charmed and contented life, until the sudden, violent death of her mother, Queen Maire, leaves the Summer Country teetering on the brink of anarchy. Only the miraculous arrival of Arthur, heir to the Pendragon dynasty, allows Guenevere to claim her mother's throne. Smitten by the bold, sensuous princess, Arthur offers to marry her and unite their territory while still allowing her to rule in her own right. Their love match creates the largest and most powerful kingdom in the Isles.

Arthur's glorious rule begins to crumble, however, when he is reunited with his mother and his long-lost half-sisters, Morgause and Morgan. Before Arthur's birth, his father—the savage and unscrupulous King Uther—banished his wife's young daughters, selling Morgause into a cruel marriage and imprisoning Morgan in a far-off convent. Both daughters will avenge their suffering, but it is Morgan who strikes the deadliest blows against the King and Queen, using her evil enchantments to destroy all Guenevere holds dear. When the Queen flees to Avalon, Morgan casts a spell on Arthur and seduces him.

In the chaos that follows his betrayal, Arthur sends a new courtier to protect Guenevere, the young French knight Lancelot. Her loyalty to Arthur already destroyed, Guenevere falls in love with Lancelot, a love that may spell ruin for Camelot.
Also in This Series

Note! Citation formats are based on standards as of July 2010. Citations contain only title, author, edition, publisher, and year published. Citations should be used as a guideline and should be double checked for accuracy.
Staff View
Grouped Work ID:
569e493e-d56d-32f8-c158-72e26e43bdfd
Go To GroupedWork 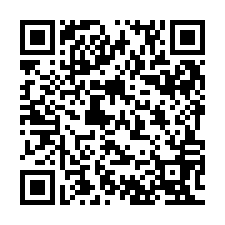