A passage to India
(Book)

E. M. Forster's 1924 masterpiece, A Passage to India, is a novel that tackles the thorny notions of preconceptions and misconceptions through characters' desire to overcome the barrier that divides East and West in colonial India. Here we see the limits of liberal tolerance, good intentions, and good will as we try to sort through the common problems that exist between two very different cultures. But Forster's India is a country where the English and Indians stare at each other across a cultural divide and a history of imbalanced power relations, mutual suspicion, and ill will. A fresh reader must wonder whether connection is possible at all.

A Passage to India begins simply enough: with people genuinely desiring to connect and to overcome the stereotypes and biases that have divided the two cultures. Mrs. Moore accompanies her future daughter-in-law, Adela Quested, to India where both are to meet Mrs. Moore's son Ronny, the City Magistrate. From the outset, Adela makes it clear that she wishes to see the "real India" and Mrs. Moore soon befriends and Indian doctor named Aziz. Cyril Fielding, an Englishman and the principal of a local government college, soon becomes acquainted with everyone and it is his tenuous friendship with the Indian Dr. Aziz that really constitutes the backbone of this novel.

While it is true that the primary characters take great pains to accept and embrace difference, their misunderstanding, fear and ignorance made that connection far more difficult than they expected. Getting to know the "real" India proves to be a daunting and challenging task. The bulk of this perhaps falls to Dr. Aziz, who soon learns that the indignities of life under British rule and the insults—unintentional and intentional—of his English acquaintances make him suspect that although genuine friendship may be desired, the two cultures are not yet ready.

Note! Citation formats are based on standards as of July 2010. Citations contain only title, author, edition, publisher, and year published. Citations should be used as a guideline and should be double checked for accuracy.
Staff View
Grouped Work ID:
3d1c9480-ff0e-7c3e-f568-7e2163e6bc88
Go To GroupedWork 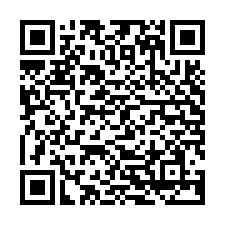