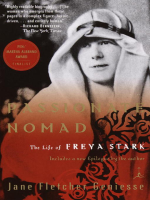 Description
A New York Times Notable Book • Finalist for the PEN/Martha Albrand Award for First Nonfiction
“Highly readable biography . . . The woman who emerges from these pages is a complex figure—heroic, driven . . . and entirely human.”—Richard Bernstein, The New York Times
Passionate Nomad captures the momentous life and times of Freya Stark with precision, compassion, and marvelous detail. Hailed by The Times of London as “the last of the Romantic Travellers” upon her death in 1993, Freya Stark combined unflappable bravery, formidable charm, fearsome intellect, and ferocious ambition to become the twentieth century’s best-known woman traveler. Digging beneath the mythology, Geniesse uncovers a complex, controversial, and quixotic woman whose indomitable spirit was forged by contradictions: a child of privilege, Stark grew up in near poverty; yearning for formal education, she was largely self-taught; longing for love, she consistently focused on the wrong men. Despite these hardships, Stark’s astonishing career spanned more than sixty years, during which she produced twenty-two books that sealed her reputation as a consummate woman of letters.
This edition includes a new Epilogue by the author that, citing newly discovered evidence, calls into question the circumstances of Stark’s birth and adds new insight into this adventurous and lively personality.
Praise for Passionate Nomad
“Passionate Nomad is a work of nonfiction that reads and sings with the drama and lilt of a fine novel. The story of Freya Stark is stunning, inspiring, sad, funny, unique, and moving. Jane Fletcher Geniesse tells it straight, but with a care for delicious detail and a sympathy for the characters that make this a truly special book.”—Jim Lehrer
“Passionate Nomad supplies a fascinating individual thread in the tapestry of twentiethcentury Middle Eastern history. . . . [Geniesse] has achieved, in the end, an admirable focus, at once critical and sympathetic. . . . For all Stark’s unresolved contradictions, . . . her distinction as a latter-day woman of letters survives.”—The New York Times Book Review
“Compulsively readable . . . [Geniesse] has done a thorough job re-creating the life of a woman many consider to be the last of the great romantic travelers.”—The Plain Dealer (Cleveland)
Also in This Series

Note! Citation formats are based on standards as of July 2022. Citations contain only title, author, edition, publisher, and year published. Citations should be used as a guideline and should be double checked for accuracy.
Copy Details
Staff View
Grouped Work ID:
d6043935-ac6d-7587-1f4d-8d42474cae90
Go To Grouped Work 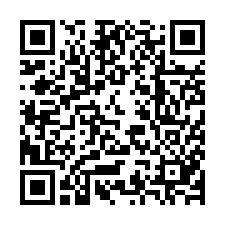