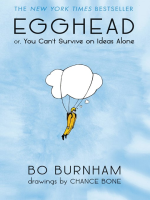 Description
A strange and charming collection of hilariously absurd poetry, writing, and illustration from one of today's most popular young comedians?Ä¶ Bo Burnham was a precocious teenager living in his parents' attic when he started posting material on YouTube. 100 million people viewed those videos, turning Bo into an online sensation with a huge and dedicated following. Bo taped his first of two Comedy Central specials four days after his 18th birthday, making him the youngest to do so in the channel's history. Now Bo is a rising star in the comedy world, revered for his utterly original and intelligent voice. And, he can SIIIIIIIIING! In Egghead, Bo brings his brand of brainy, emotional comedy to the page in the form of off-kilter poems, thoughts, and more. Teaming up with his longtime friend, artist, and illustrator Chance Bone, Bo takes on everything from death to farts in this weird book that will make you think, laugh and think, "why did I just laugh?"
Also in This Series

Note! Citation formats are based on standards as of July 2010. Citations contain only title, author, edition, publisher, and year published. Citations should be used as a guideline and should be double checked for accuracy.
Copy Details
Staff View
Grouped Work ID:
53dd122b-2bc4-0d25-a0f2-f25a2d462440
Go To Grouped Work 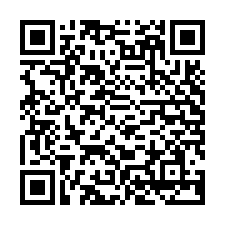