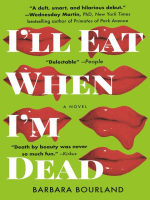 Description
Every weekday morning, as the sun rose above Sixth Avenue, a peerless crop of women-frames poised, behavior polished, networks connected, and bodies generally buffed to a high sheen-were herded by the cattle prod of their own ambition to one particular building. They're smart, stylish, and sophisticated, even the one found dead in her office.
When stylish Hillary Whitney dies alone in a locked, windowless conference room at the offices of RAGE Fashion Book, her death is initially ruled an unfortunate side effect of the unrelenting pressure to be thin. But Hillary's best friend and fellow RAGE editor Catherine Ono knows her friend's dieting wasn't a capital P problem. If beauty could kill, it'd take more than that.
When two months later, a cryptic note in Hillary's handwriting ends up in the office of the NYPD and the case is reopened, Det. Mark Hutton is led straight into the glamorous world of RAGE and into the life of hot-headed and fiercely fabulous Cat, who insists on joining the investigation. Surrounded by a supporting cast of party girls, Type A narcissists and half- dead socialites, Cat and her colleague Bess Bonner are determined to solve the case and achieve sartorial perfection. But their amateur detective work has disastrous results, and the two ingenues are caught in a web of drugs, sex, lies and moisturizer that changes their lives forever.
Viciously funny, this sharp and satirical take on the politics of women's bodies and women's work is an addictive debut novel that dazzles with style and savoire faire.
Also in This Series

Note! Citation formats are based on standards as of July 2010. Citations contain only title, author, edition, publisher, and year published. Citations should be used as a guideline and should be double checked for accuracy.
Copy Details
Staff View
Grouped Work ID:
dfd14f92-fa6c-1dac-38aa-a0dcc397d5fe
Go To Grouped Work 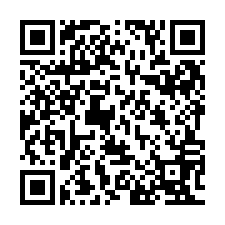