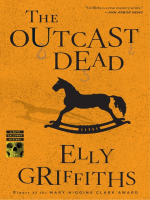 Description
Ruth Galloway uncovers the bones of what might be a notorious Victorian child murderess and a baby snatcher known as "The Childminder" threatens modern-day Norfolk in this irresistible mystery from Elly Griffiths.
The service of the Outcast Dead is held annually in Norwich, commemorating the bodies in the paupers' graves. This year's proceedings hold special interest for forensic archaeologist Ruth Galloway, who has just unearthed the notorious Mother Hook, hanged in 1867 at Norwich Castle for killing multiple children. Now Ruth is reluctantly starring in a TV special, working alongside the alluring historian Dr. Frank Barker. Nearby, DCI Harry Nelson is investigating the case of three children found dead in their home when another child is abducted. A kidnapper dubbed the Childminder claims responsibility, but is the Childminder behind the deaths too? The team races to find out—and after a child close to everyone involved disappears, the stakes couldn't be higher.
"An uncommon, down-to-earth heroine whose acute insight, wry humor, and depth of feeling make her a thoroughly engaging companion."—Erin Hart, Agatha– and Anthony Award–nominated author of Haunted Ground and Lake of Sorrows
Elly Griffiths's Ruth Galloway novels have been praised as "gripping" (Louise Penny), "highly atmospheric," (New York Times Book Review), and "must-reads for fans of crime fiction" (Associated Press). She is the winner of the 2010 Mary Higgins Clark Award.
Also in This Series

Note! Citation formats are based on standards as of July 2010. Citations contain only title, author, edition, publisher, and year published. Citations should be used as a guideline and should be double checked for accuracy.
Copy Details
Staff View
Grouped Work ID:
7e0b31f9-0283-c84b-f091-6e67133d8973
Go To Grouped Work 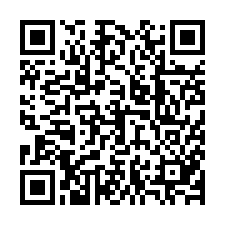