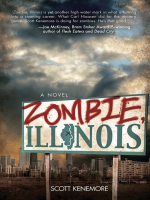 Description
"Raises the bar for zombie fiction, combining the standard blood and gore of zombie battles with shady politics to tell a story of human resilience." —Library Journal
The sequel to the bestselling Zombie, Ohio, this explosive supernatural thriller from Scott Kenemore tells the story of three Chicagoans who have been thrown together by a bizarre, interconnected series of events during the first twenty-four hours of a zombie outbreak in the Midwest's largest city. A partnership is crafted between a pastor from Chicago's rough South Side, an intrepid newspaper reporter, and a young female musician, all of whom are fighting for survival as they struggle to protect themselves and their communities in a city overrun with the walking dead. Between the barricaded neighborhoods and violent zombie hunters, the trio encounters many mysterious occurrences that leave them shaken and disturbed. When the mayor of Chicago is eaten by zombies on live television, and a group of shady aldermen attempt to seize power in the vacuum, these unlikely friends realize that they have stumbled upon a conspiracy to overthrow the city . . . and that they alone may be qualified to combine their talents to stop it.
Zombie, Illinois will delight devoted zombie fans and put readers in mind of some of the best recent works of supernatural horror. You will be left shocked, horrified, and craving brains! This novel will grab you from the first page and not let go until the riveting finale.
"What Carl Hiaasen did for the mystery genre, Scott Kenemore is doing for zombies. He's that good." —Joe McKinney, Bram Stoker Award-winning author

"[A] wickedly satirical page-turner." —Publishers Weekly
Also in This Series

Note! Citation formats are based on standards as of July 2010. Citations contain only title, author, edition, publisher, and year published. Citations should be used as a guideline and should be double checked for accuracy.
Copy Details
Staff View
Grouped Work ID:
21d810ac-cca6-6a59-dbe4-5d088196886f
Go To Grouped Work 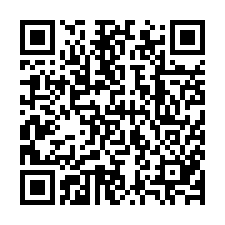