A Portrait of the Artist as a Young Man
(Adobe EPUB eBook, Kindle Book, OverDrive Read) 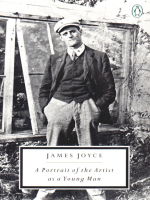 Description
With an Introduction by Hugh Kenner and a New Afterword
A masterpiece of modern fiction, James Joyce's semiautobiographical first novel follows Stephen Dedalus, a sensitive and creative youth who rebels against his family, his education, and his country by committing himself to the artist's life. "I will not serve," vows Dedalus, "that in which I no longer believe....and I will try to express myself in some mode of life or art as freely as I can." To Dedalus, the artist is like God—one who "remains within or behind or beyond or above his handiwork, invisible, refined out of existence, indifferent, paring his fingernails." Joyce's rendering of the impressions of childhood broke ground in the use of language. "He took on the almost infinite English language," Jorge Luis Borges once said. "He wrote in a language invented by himself....Joyce brought a new music to English." As a bold literary experiment, this classic has had a huge and lasting influence on the contemporary novel.
Joyce's semi-autobiographical chronicle of Stephen Dedalus' passage from university student to "independent" artist is at once a richly detailed, amusing, and moving coming-of-age story, a tour de force of style and technique, and a profound examination of the Irish psyche and society.
Also in This Series

James Joyce. (1993). A Portrait of the Artist as a Young Man. Penguin Publishing Group.

James Joyce. 1993. A Portrait of the Artist As a Young Man. Penguin Publishing Group.

James Joyce, A Portrait of the Artist As a Young Man. Penguin Publishing Group, 1993.

James Joyce. A Portrait of the Artist As a Young Man. Penguin Publishing Group, 1993.

Note! Citation formats are based on standards as of July 2022. Citations contain only title, author, edition, publisher, and year published. Citations should be used as a guideline and should be double checked for accuracy.
Copy Details
Staff View
Grouped Work ID:
58079a23-df20-c1ff-7f0b-c058b6c61f32
Go To Grouped Work 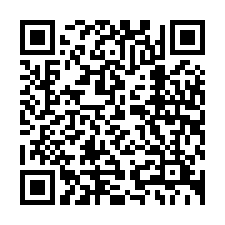