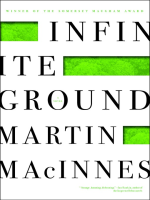 Description
"Stunning—a totally original, surreal mystery shot through with hints of the best of César Aira, Vladimir Nabokov, Angela Carter, and Julio Cortázar. Smart, clever, and honest. I doubt you've read anything quite like it." —Jeff VanderMeer, author of The Southern Reach trilogy
On a sweltering summer night at a restaurant in an unnamed Latin American city, a man at a family dinner gets up from the table to go to the restroom . . . and never comes back. He was acting normal, say family members. None of the waiters or other customers saw him leave.
A semi-retired detective takes the case, but what should be a routine investigation becomes something strange, intangible, even sinister. The corporation for which the missing man worked seems to be a front for something else; the staff describes their colleague as having suffered alarming, shifting physical symptoms; a forensic scientist examining his office uncovers evidence of curious microorganisms.
As the detective relives and retraces the man's footsteps, the trail leads him away from the city sprawl and deep into the country's rainforest interior . . . where, amidst the overwhelming horrors and wonders of the natural world, a chilling police procedural explodes into a dislocating investigation into the nature of reality.
Also in This Series

Formats
Adobe EPUB eBook
Works on all eReaders (except Kindles), desktop computers and mobile devices with reading apps installed.
Sample Check Out Adobe EPUB eBook
OverDrive Read
Sample Check Out OverDrive Read
Need Help?
If you are having problem transferring a title to your device, please fill out this support form or visit the library so we can help you to use our eBooks and eAudio Books.
More Like This

Note! Citation formats are based on standards as of July 2010. Citations contain only title, author, edition, publisher, and year published. Citations should be used as a guideline and should be double checked for accuracy.
Copy Details
Staff View
Grouped Work ID:
93d6bc3a-2827-b124-fe99-6cc52acd642f
Go To Grouped Work 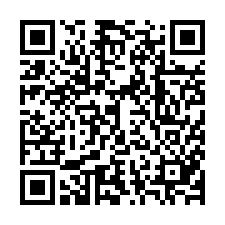