Catalog The Girl Who Played with Fire »  eBook » 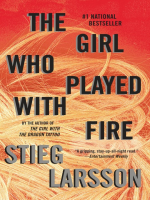 Description
#1 NATIONAL BESTSELLER • Part blistering espionage thriller, part riveting police procedural, and part piercing exposé on social injustice, this follow up to The Girl with the Dragon Tattoo is a “gripping, stay-up-all-night read” (Entertainment Weekly).
The next installment of the Millennium series: Mikael Blomkvist, crusading publisher of the magazine Millennium, has decided to run a story that will expose an extensive sex trafficking operation. On the eve of its publication, the two reporters responsible for the article are murdered, and the fingerprints found on the murder weapon belong to his friend, the troubled genius hacker Lisbeth Salander. Blomkvist, convinced of Salander’s innocence, plunges into an investigation. Meanwhile, Salander herself is drawn into a murderous game of cat and mouse, which forces her to face her dark past.
Look for the latest book in the Millennium series, The Girl in the Eagle's Talons, coming soon!
Also in This Series

Note! Citation formats are based on standards as of July 2022. Citations contain only title, author, edition, publisher, and year published. Citations should be used as a guideline and should be double checked for accuracy.
Copy Details
Staff View
Grouped Work ID:
190d007f-8560-838d-54c6-1d131d2b425c
Go To Grouped Work 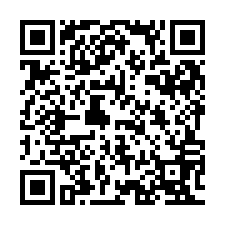