Catalog The Gunning of America »  Books » 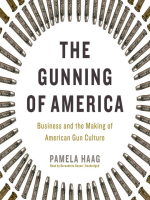 Description
Americans have always loved guns. This special bond was forged during the American Revolution and sanctified by the Second Amendment. It is because of this exceptional relationship that American civilians are more heavily armed than the citizens of any other nation. Or so we're told.In The Gunning of America, historian Pamela Haag overturns this conventional wisdom. American gun culture, she argues, developed not because the gun was exceptional but precisely because it was not: guns proliferated in America because throughout most of the nation's history they were perceived as an unexceptional commodity, no different than buttons or typewriters.Focusing on the history of the Winchester Repeating Arms Company, one of the most iconic arms manufacturers in America, Haag challenges many basic assumptions of how and when America became a gun culture. Under the leadership of Oliver Winchester and his heirs, the company used aggressive, sometimes ingenious, sales and marketing techniques to create new markets for their product. Guns have never "sold themselves"; rather, through advertising and innovative distribution campaigns, the gun industry did. Through the meticulous examination of gun-industry archives, Haag challenges the myth of a primal bond between Americans and their firearms. Over the course of its 150-year history, the Winchester Repeating Arms Company sold over eight million guns. But Oliver Winchester—a shirtmaker in his previous career—had no apparent qualms about a life spent arming America. His daughter-in-law Sarah Winchester was a different story. Legend holds that Sarah was haunted by what she considered a vast blood fortune, and became convinced that the ghosts of rifle victims were haunting her.In this provocative and deeply researched work of narrative history, Haag fundamentally revises the history of arms in America and, in so doing, explodes the clichés that have created and sustained our lethal gun culture.
Also in This Series

Pamela Haag. 2016. The Gunning of America: Business and the Making of American Gun Culture. Blackstone Publishing.

Pamela Haag, The Gunning of America: Business and the Making of American Gun Culture. Blackstone Publishing, 2016.

Note! Citation formats are based on standards as of July 2010. Citations contain only title, author, edition, publisher, and year published. Citations should be used as a guideline and should be double checked for accuracy.
Copy Details
Staff View
Grouped Work ID:
ad1c549b-586b-814f-40e8-9ae485c97149
Go To Grouped Work 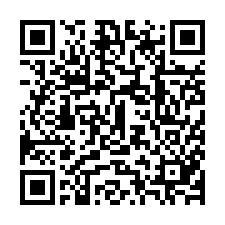