Catalog Dark Side of the Moon »  Books »

Dark Side of the Moon
(Adobe EPUB eBook, OverDrive Read) 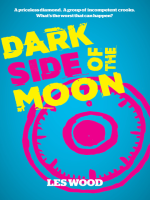 Description
A blackly comic heist novel set in Glasgow's famed underworld, reminiscent of early Christopher Brookmyre. Boddice, a crime lord looking over his shoulder for good reason, has assembled an unlikely band of misfit crooks. Their job is to steal a famous diamond worth millions, known as The Dark Side of the Moon. Despite the odds, the crew's self-serving squabbles and natural incompetence, the plan progresses. As events build to an explosive climax no one really knows who is playing who. Full of twists and turns and laugh-out-loud moments, this is a hugely enjoyable romp from entirely the criminal's point-of-view, with not a single cop in sight. 'Neds, drug dealers, gangsters, molls, jakes, crazy old bag ladies, racketeering, and the biggest jewel heist ever seen in the UK. Welcome to Glasgow. No Mean City meets The Italian Job in this hilarious comic noir debut, as the dark underbelly of the city's crimeland is spewed onto the page. With razor-sharp dialogue, superbly venal characters and a finely-tuned plot, The Dark Side of the Moon builds to an explosive firecracker of an ending.' Douglas Lindsay, author of The Legend of Barney Thomson and Song of the Dead 'Mix Irvine Welsh with Ocean's Eleven. Set in Glasgow and BANG! Dark Side of the Moon is a fun and thrilling read with moments that will have you reflecting on life, and moments when you will
be giving it LOLs. A boom-bastic read. Loved it.' Michael Malone, author of Beyond the Rage and Bad Samaritan
Also in This Series

Note! Citation formats are based on standards as of July 2010. Citations contain only title, author, edition, publisher, and year published. Citations should be used as a guideline and should be double checked for accuracy.
Copy Details
Staff View
Grouped Work ID:
eb43c72e-2040-8940-c99b-b903f14879ae
Go To Grouped Work 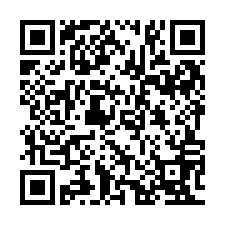