Born and bred in the Texas Pandhandle town of Comanche Crossing, William "Wild Bill" Longley gunned down a dozen of its men in cold blood before he got around to the sheriff and deputy--so he could take over the job himself. Then he found the perfect sidekick in a vicious career criminal named Booker Tate. With his remorseless heart set on a beautiful young woman, Wild Bill and Booker take the whole town hostage until the young lady agrees to marry a man she despises. That's when a cold-eyed stranger comes to town with a dead man strapped to his saddle. In a town where violence and murder rule the day, a terrifying battle is about to explode--between ruthless Wild Bill Longley and a bounty hunter named Tam Sullivan, who's done a whole lot of killing of his own...

Note! Citation formats are based on standards as of July 2010. Citations contain only title, author, edition, publisher, and year published. Citations should be used as a guideline and should be double checked for accuracy.
Staff View
Grouped Work ID:
f44730ae-2ac3-838b-c3a6-eb6ecc19b036
Go To GroupedWork 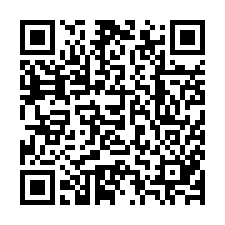