Touch-sensitive FBI agent Lily Yu is recruited by the Secret Service to help identify elected officials who have accepted demonic pacts bringing Lily and her werewolf bond-mate, Rule, to DC just before the holidays. But Lily must turn to fellow agent Cynna Weaver for help when Cynna's former teacher, a demon master, emerges as the main suspect behind the pacts. After a demon commits a gruesome murder, sorcerer Cullen Seabourne joins the team racing the clock to find the apprentice of evil who uses demons to kill. Cynna and Cullen must work together a challenge indeed while they both attempt to resist the desire simmering between them. But passion and events both spiral out of control as an ancient prophecy is fulfilled and the lupi's greatest enemy sets her sights on total devastation.

Note! Citation formats are based on standards as of July 2010. Citations contain only title, author, edition, publisher, and year published. Citations should be used as a guideline and should be double checked for accuracy.
Staff View
Grouped Work ID:
032ea6b9-3ebd-ce5d-f327-0d82cadbf989
Go To GroupedWork 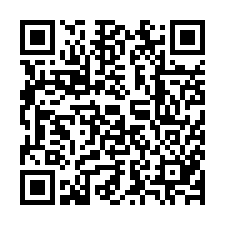