Slice harvester: a memoir in pizza

Description
"Over the course of two years, a twenty-something punk rocker eats a cheese slice from every pizzeria in New York City, gets sober, falls in love, and starts a blog that captures headlines around the world--he is the Slice Harvester, and this is his story. Since its arrival on US shores in 1905, pizza has risen from an obscure ethnic food to an iconic symbol of American culture. It has visited us in our dorm rooms and apartments, sometimes before we'd even unpacked or painted. It has nourished us during our jobs, consoled us during break-ups, and celebrated our triumphs right alongside us. In August 2009, Colin Hagendorf set out to review every regular slice of pizza in Manhattan, and his blog, Slice Harvester, was born. Two years and nearly 400 slices later, he'd been featured in The Wall Street Journal, the Daily News (New York), and on radio shows all over the country. Suddenly, this self-proclaimed punk who was barely making a living doing burrito delivery and selling handmade zines had a following. But at the same time Colin was stepping up his game for the masses (grabbing slices with Phoebe Cates and her teenage daughter, reviewing kosher pizza so you don't have to), his personal life was falling apart. A problem drinker and chronic bad boyfriend, he started out using the blog as a way to escape--the hangovers, the midnight arguments, the hangovers again--until finally realizing that by taking steps to reach a goal day by day, he'd actually put himself in a place to finally take control of his life for good"--
Also in This Series 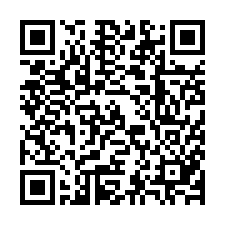