Touched by the sun: my friendship with Jackie
(Book)

The instant New York Times bestseller | Named one of the ten best books of 2019 by People magazineA chance encounter at a summer party on Martha's Vineyard blossomed into an improbable but enduring friendship.

Carly Simon and Jacqueline Kennedy Onassis made an unlikely pair—Carly, a free and artistic spirit still reeling from her recent divorce, searching for meaning, new love, and an anchor; and Jackie, one of the most celebrated, meticulous, unknowable women in American history.

Nonetheless, over the next decade their lives merged in inextricable and complex ways, and they forged a connection deeper than either could ever have foreseen. The time they spent together—lingering lunches and creative collaborations, nights out on the town and movie dates—brought a welcome lightness and comfort to their days, but their conversations often veered into more profound territory as they helped each other navigate the shifting waters of life lived, publicly, in the wake of great love and great loss.

An intimate, vulnerable, and insightful portrait of the bond that grew between two iconic and starkly different American women, Carly Simon's Touched by the Sun is a chronicle, in loving detail, of the late friendship she and Jackie shared. It is a meditation on the ways someone can unexpectedly enter our lives and change its course, as well as a celebration of kinship in all its many forms.

"In Touched by the Sun, Simon reveals an easy-going, playful side of [Jackie] that most people never saw — sneaking a smoke during intermission at the opera, frolicking in the ocean off the Vineyard . . . The woman who would later edit several of Simon's children's books was 'just fun to be around.'" —Juliet Pennington, The Boston Globe

Simon, Carly. 2019. Touched By the Sun: My Friendship With Jackie. New York: Farrar, Straus and Giroux.

Simon, Carly, Touched By the Sun: My Friendship With Jackie. New York: Farrar, Straus and Giroux, 2019.

Note! Citation formats are based on standards as of July 2010. Citations contain only title, author, edition, publisher, and year published. Citations should be used as a guideline and should be double checked for accuracy.
Staff View
Grouped Work ID:
d643cc4e-aa55-85db-b0e0-76edf0e89ee2
Go To GroupedWork 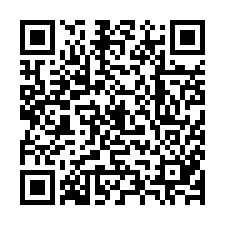