Nothing to hide
(Book)

New York Times bestselling Allison Brennan's series featuring FBI Agent Lucy Kincaid continues as she finds herself on the trail of a serial killer in Nothing to Hide.

"BRENNAN [IS] A MASTER."—Associated Press

With a background in psychology, FBI Agent Lucy Kincaid is good at getting into the heads of killers and victims both. Still, her latest case is leaving her stumped. A third body has turned up in San Antonio—and it bears the same unique and troubling M.O. as the first two. The killer is clearly trying to send a message. But what is it—and to whom? All roads keep leading Lucy down a dead end. . .

The victims are all married men who led honest lives alongside their adoring wives, but have nothing else in common. When Lucy catches each widow in a lie, she realizes that things are not at all as they seem. What begins as a seemingly straightforward investigation turns into something far darker and more sinister than Lucy could have ever imagined. Can she solve this case before more lives are lost. . . including her own husband?

Note! Citation formats are based on standards as of July 2010. Citations contain only title, author, edition, publisher, and year published. Citations should be used as a guideline and should be double checked for accuracy.
Staff View
Grouped Work ID:
6a2cc169-5da5-41bf-f4c4-513ea19f8c50
Go To GroupedWork 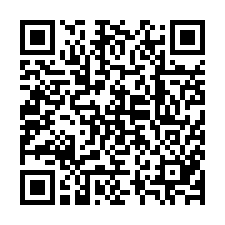