Hugely entertaining, a work of pop history that traces the use of poison as a political—and cosmetic—tool in the royal courts of Western Europe from the Middle Ages to the Kremlin today
The story of poison is the story of power. For centuries, royal families have feared the gut-roiling, vomit-inducing agony of a little something added to their food or wine by an enemy. To avoid poison, they depended on tasters, unicorn horns, and antidotes tested on condemned prisoners. Servants licked the royal family's spoons, tried on their underpants and tested their chamber pots.
Ironically, royals terrified of poison were unknowingly poisoning themselves daily with their cosmetics, medications, and filthy living conditions. Women wore makeup made with mercury and lead. Men rubbed turds on their bald spots. Physicians prescribed mercury enemas, arsenic skin cream, drinks of lead filings, and potions of human fat and skull, fresh from the executioner. The most gorgeous palaces were little better than filthy latrines. Gazing at gorgeous portraits of centuries past, we don't see what lies beneath the royal robes and the stench of unwashed bodies; the lice feasting on private parts; and worms nesting in the intestines.
In The Royal Art of Poison, Eleanor Herman combines her unique access to royal archives with cutting-edge forensic discoveries to tell the true story of Europe's glittering palaces: one of medical bafflement, poisonous cosmetics, ever-present excrement, festering natural illness, and, sometimes, murder.
Also in This Series

Note! Citation formats are based on standards as of July 2010. Citations contain only title, author, edition, publisher, and year published. Citations should be used as a guideline and should be double checked for accuracy.
Staff View
Grouped Work ID:
e1322519-1f9f-3464-2045-2ee7034b9859
Go To GroupedWork 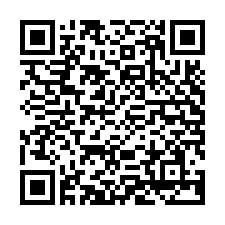