Catalog I was Anastasia »  Large Print »

I was Anastasia: a novel
(Large Print)

Description
"Ariel Lawhon, a rising star in historical suspense, has set her sights on one of history's most beguiling mysteries: Did Anastasia Romanov survive the Russian Revolution, or was Anna Anderson, the woman who notoriously claimed her identity, an impostor? Russia, July 17, 1918: Under direct orders from Vladimir Lenin, Bolshevik secret police force Anastasia Romanov, along with the entire imperial family, into a damp basement in Siberia where they face a merciless firing squad. None survive. At least that is what the executioners have always claimed. Germany, February 17, 1920: A young woman bearing an uncanny resemblance to Anastasia Romanov is pulled shivering and senseless from a canal. Refusing to explain her presence in the freezing water or even acknowledge her rescuers, she is taken to the hospital where an examination reveals that her body is riddled with countless, horrific scars. When she finally does speak, this frightened, mysterious young woman claims to be the Russian Grand Duchess. As rumors begin to circulate through European society that the youngest Romanov daughter has survived the massacre at Ekaterinburg, old enemies and new threats are awakened. The question of who this woman is and what actually happened to Anastasia creates a saga that spans fifty years and three continents. This thrilling page-turner is every bit as moving and momentous as it is harrowing and twisted"--
Also in This Series

Note! Citation formats are based on standards as of July 2010. Citations contain only title, author, edition, publisher, and year published. Citations should be used as a guideline and should be double checked for accuracy.
Staff View
Grouped Work ID:
2578f851-ca7e-0bf8-6333-19e59b61aef6
Go To GroupedWork 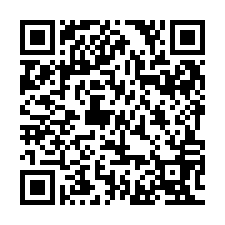