The new localism: how cities can thrive in the age of populism
(Book)

The New Localism provides a roadmap for change that starts in the communities where most people live and work. In their new book, The New Localism, urban experts Bruce Katz and Jeremy Nowak reveal where the real power to create change lies and how it can be used to address our most serious social, economic, and environmental challenges. Power is shifting in the world: downward from national governments and states to cities and metropolitan communities; horizontally from the public sector to networks of public, private and civic actors; and globally along circuits of capital, trade, and innovation. This new locus of power—this new localism—is emerging by necessity to solve the grand challenges characteristic of modern societies: economic competitiveness, social inclusion and opportunity; a renewed public life; the challenge of diversity; and the imperative of environmental sustainability. Where rising populism on the right and the left exploits the grievances of those left behind in the global economy, new localism has developed as a mechanism to address them head on. New localism is not a replacement for the vital roles federal governments play; it is the ideal complement to an effective federal government, and, currently, an urgently needed remedy for national dysfunction. In The New Localism, Katz and Nowak tell the stories of the cities that are on the vanguard of problem solving. Pittsburgh is catalyzing inclusive growth by inventing and deploying new industries and technologies. Indianapolis is governing its city and metropolis through a network of public, private and civic leaders. Copenhagen is using publicly owned assets like their waterfront to spur large scale redevelopment and finance infrastructure from land sales. Out of these stories emerge new norms of growth, governance, and finance and a path toward a more prosperous, sustainable, and inclusive society. Katz and Nowak imagine a world in which urban institutions finance the future through smart investments in innovation, infrastructure and children and urban intermediaries take solutions created in one city and adapt and tailor them to other cities with speed and precision. As Katz and Nowak show us in The New Localism, "Power now belongs to the problem solvers."

Katz, B., & Nowak, J. (2017). The new localism: how cities can thrive in the age of populism. Washington, D.C.: Brookings Institution Press.

Katz, Bruce and Jeremy, Nowak. 2017. The New Localism: How Cities Can Thrive in the Age of Populism. Washington, D.C.: Brookings Institution Press.

Katz, Bruce and Jeremy, Nowak, The New Localism: How Cities Can Thrive in the Age of Populism. Washington, D.C.: Brookings Institution Press, 2017.

Katz, Bruce,, and Jeremy Nowak. The New Localism: How Cities Can Thrive in the Age of Populism. Washington, D.C.: Brookings Institution Press, 2017. Print.

Note! Citation formats are based on standards as of July 2010. Citations contain only title, author, edition, publisher, and year published. Citations should be used as a guideline and should be double checked for accuracy.
Staff View
Grouped Work ID:
6d4afdf2-53d8-4c0f-cc03-d55ebfbf0697
Go To GroupedWork 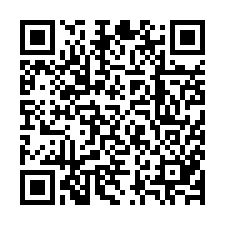