The first major: the inside story of the 2016 Ryder Cup
(Book)

Description
From the #1 New York Times bestselling author of A Good Walk Spoiled, a dramatic chronicle of the bitterly-fought 2016 Ryder Cup pitting a U.S. team out for revenge against the Europeans determined to keep the Cup out of American hands.
Coming into 2016, the Americans had lost an astounding six out of the last seven Ryder Cup matches, and tensions were running high for the showdown that took place in October, 2016 in Hazeltine, Minnesota, just days after American legend Arnold Palmer had died. What resulted was one of the most raucous and heated three days in the Cup's long history. Award-winning author John Feinstein takes readers behind the scenes, providing an inside view of the dramatic stories as they unfolded: veteran Phil Mickelson's two-year roller-coaster as he upended the American preparation process and helped assemble a superb team; superstar Rory McIlroy becoming the clear-cut emotional leader of the European team, and his reasons for wanting to beat the US team so badly this time around; the raucous matches between McIlroy and American Patrick Reed - resulting in both incredible golf, and several moments that threatened to come to blows; the return of Tiger Woods not as a player but an assistant captain, and his obsession with helping the US win - which was never the case when he was playing. John Feinstein's classic bestseller, A Good Walk Spoiled, set the bar for golf books. Now Feinstein provides his unique take on the Ryder Cup, which has clearly become golf's most intense and emotional event...it's 'first Major.'
Also in This Series

Note! Citation formats are based on standards as of July 2010. Citations contain only title, author, edition, publisher, and year published. Citations should be used as a guideline and should be double checked for accuracy.
Staff View
Grouped Work ID:
a40091e0-e791-bd93-51c7-5504cc432341
Go To GroupedWork 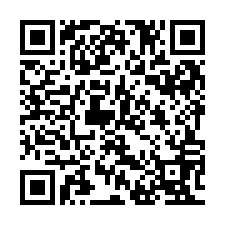