Description
Alison's shady ex needs to use her haunted guesthouse as a hideout in the latest from the national bestselling author of Ghost in the Wind.
Where Alison Kerby's ex-husband goes, trouble follows. This time, unfortunately, he's brought that trouble right to her doorstep. On the run from a business deal gone bad, Steven, aka "the Swine," owes some scary people a staggering sum of money. No need to panic, though. He has a plan: Sell Alison's Jersey Shore guesthouse to pay them off.

Before Alison has a chance to read Steven the riot act, he disappears—after a mysterious man trailing him ends up full of bullet holes. Now the police are next to darken her doorway. For all his faults, Steven is still the father of Alison's daughter, so with the help of ghosts Maxie and Paul, Alison sets out to find her ex and clear him of the murder. But if the bad guys get to him first, he may not have a ghost of a chance...
From the Paperback edition.
Also in This Series

Note! Citation formats are based on standards as of July 2010. Citations contain only title, author, edition, publisher, and year published. Citations should be used as a guideline and should be double checked for accuracy.
Staff View
Grouped Work ID:
0835d87f-f750-e707-6b13-88edcf2439b5
Go To GroupedWork 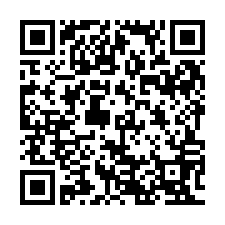