"This first mystery from Donellan will remind many readers of Tom Robbins' work: cleverly crafted and overflowing with idiosyncratic characters and mordant humor... A most unusual mystery, indeed." —Kirkus Reviews STARRED review

Freya Miller, funny and tenacious with a taste for vodka, escapes a recent tragedy by answering an advertisement for a nursing job that promises LIGHT DUTIES. LARGE PAY. NO QUESTIONS ASKED OR ANSWERED. Her new employer is the infamous, eccentric, and stupendously rich Vincetti family, heads of the Halcyon Corporation. Her task will be to care for their adored heir, Elijah, who is currently lying in a coma amidst an armada of premium machinery. The Vincettis claim this golden boy is everything from a saint to a genius, but they refuse to reveal how he entered a comatose state.

As Freya explores the labyrinthine Vincetti mansion and the secrets it holds, she becomes aware that the family members are far more deluded and dangerous than rumored. Why, during the next few weeks, do the heads of rival corporations rapidly fall prey to a series of elaborate executions? Do Vincettis pre-plan disasters like oil spills so that their rivals are squelched and their humanitarian responses get prime press coverage?

Freya befriends Jack Vincetti, the black sheep whose rare illness keeps him shut away. She's a fan of his sole novel, but now she learns that he is writing a new book with a storyline that has uncanny similarities to the recent murders.

Things take an even more bizarre turn when the Vincettis host a birthday party for Elijah, wheeling him out in a tuxedo and acting almost as if he is conscious. Freya befriends Elijah's fiancée, Rosaline, and discovers that she is the heir to one of Halcyon's major rival corporations. A wedding will merge the two companies and grant Halcyon dominance in the global pharmaceutical industry.

It has been said that comedies always end with weddings, tragedies with funerals. This story ends with both a bride and a body count. J.M. Donellan's dazzling North American debut novel mixes outlandish, eccentric storylines with cinematic zest.

Note! Citation formats are based on standards as of July 2010. Citations contain only title, author, edition, publisher, and year published. Citations should be used as a guideline and should be double checked for accuracy.
Staff View
Grouped Work ID:
7606012d-b1a6-fc75-17ae-0f95c8913699
Go To GroupedWork 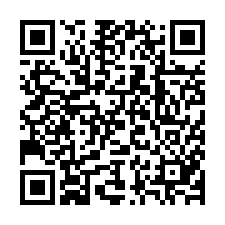