It’s a dark day for Scottish barrister Rex Graves when he learns that Lord Gordon Murgatroyd has passed away. Referred to as “Judge Murder” by Rex’s colleagues, the famously severe judge supposedly died of natural causes—but his daughter Phoebe thinks otherwise. Wanting to honor the man who’d always been uncharacteristically kind to him, Rex thinks it would be a good idea to follow up on Phoebe’s suspicions . . . until a meeting with his first suspect. With a target on his back and a child abduction case gripping the region, Rex fears that the judge’s death won’t be an isolated incident.

"Multiple plotlines, a long-distance romantic relationship, and a cast of interesting well-drawn characters add to this satisfying mystery."—Booklist

Note! Citation formats are based on standards as of July 2010. Citations contain only title, author, edition, publisher, and year published. Citations should be used as a guideline and should be double checked for accuracy.
Staff View
Grouped Work ID:
2afc7cbf-9e36-a9e6-3650-298fb67ea3b2
Go To GroupedWork 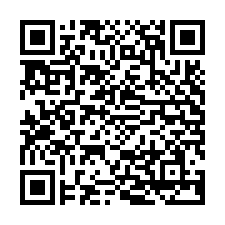