A Dragon is dead.
Corta Helio, one of the five family corporations that rule the Moon, has fallen. Its riches are divided up among its many enemies, its survivors scattered. Eighteen months have passed .
The remaining Helio children, Lucasinho and Luna, are under the protection of the powerful Asamoahs, while Robson, still reeling from witnessing his parent's violent deaths, is now a ward—virtually a hostage— of Mackenzie Metals. And the last appointed heir, Lucas, has vanished of the surface of the moon.
Only Lady Sun, dowager of Taiyang, suspects that Lucas Corta is not dead, and more to the point—that he is still a major player in the game. After all, Lucas always was the Schemer, and even in death, he would go to any lengths to take back everything and build a new Corta Helio, more powerful than before. But Corta Helio needs allies, and to find them, the fleeing son undertakes an audacious, impossible journey—to Earth.
In an unstable lunar environment, the shifting loyalties and political machinations of each family reach the zenith of their most fertile plots as outright war erupts.
Luna: Wolf Moon continues Ian McDonald's saga of the Five Dragons.
Luna
1. Luna: New Moon
2. Luna: Wolf Moon
3. Luna: Moon Rising
At the Publisher's request, this title is being sold without Digital Rights Management Software (DRM) applied.

Note! Citation formats are based on standards as of July 2010. Citations contain only title, author, edition, publisher, and year published. Citations should be used as a guideline and should be double checked for accuracy.
Staff View
Grouped Work ID:
6bcb90a6-8c38-baaf-2fe2-f3a7e9be9593
Go To GroupedWork 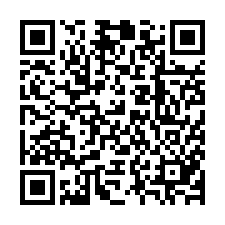