"The hot and sassy Crystal women return" in a sequel that "will leave readers breathless" from the bestselling author of Baby, You're the Best (Library Journal).

Alexis Crystal is finally close to getting 24/7 sizzling satisfaction. With a ring on her finger from James Wilcox and the woman she loves firmly between her sheets, no one can match Alexis when it comes to scheming. And her duplicity just makes her better at helping her siblings get revenge on the lovers who are doing them wrong . . .

Devereaux Crystal is the producer of TV's hottest new show, engaged to sexy entrepreneur Phoenix, and will do anything for their adorable two-year-old, Nya. But lately Devereaux is starting to question whether Phoenix will ever make his own success, much less set a wedding date. Soon, his seductive excuses lead her to an unthinkable truth: Ebony, the fiery star of Devereaux's series, is keeping Phoenix at her beck and call.

With the help of her sisters, Devereaux sets out to blow up Phoenix's house of lies. But the explosion ignites its own chain of devastating consequences. Because no one should mess with the Crystal women without expecting some fierce payback . . .

Praise for the writing of Mary B. Morrison

"Morrison piles on extra helpings of soap opera-esque drama in this final entry of her If I Can't Have You trilogy." —Library Journal

"If you're looking for some serious drama this latest novel from Morrison will fit the bill nicely." —RT Book Reviews
Also in This Series

Note! Citation formats are based on standards as of July 2010. Citations contain only title, author, edition, publisher, and year published. Citations should be used as a guideline and should be double checked for accuracy.
Staff View
Grouped Work ID:
0872a874-e188-a6e0-a194-4bab403d84e4
Go To GroupedWork 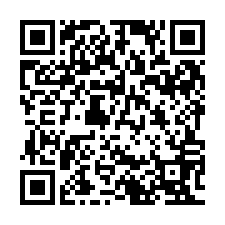