Description
In his acclaimed career, James Sallis has created some of the most finely drawn protagonists in crime fiction, all of them memorable observers of the human condition: Lew Griffin, the existential black New Orleans private investigator; retired detective John Turner; the unnamed wheelman in Drive. Dr. Lamar Hale will now join the ranks of Sallis's finest characters.
In the woods outside the town of Willnot in rural Virginia, the remains of several people have suddenly been discovered, unsettling the community and Hale, the town's all-purpose general practitioner, surgeon, and town conscience. At the same time, Bobby Lowndes—military records disappeared, of interest to the FBI—mysteriously re-appears in his home town, at Hale's door. "Willnot was a lake into which rocks had been thrown; mud still swirled." Over the ensuing months, the daily dramas Hale faces as he tends to his town and to his partner, Richard, bump up against the inexplicable vagaries of life in Willnot. And when a gunshot aimed at Lowndes critically wounds Richard, Hale's world is truly upended.
Just as great artists can draw a face and create a presence in a few brush strokes, James Sallis conjures indelible characters and scenes in a few sentences. In its brilliant conciseness Willnot presents an unforgettable world. "You live with someone year after year, you think you've heard all the stories," Lamar observes, "but you never have."

Note! Citation formats are based on standards as of July 2022. Citations contain only title, author, edition, publisher, and year published. Citations should be used as a guideline and should be double checked for accuracy.
Staff View
Grouped Work ID:
b7e1c124-4896-8f3b-4c5f-b87071d24172
Go To GroupedWork 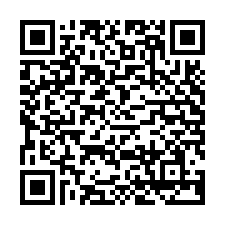