Description
From the acclaimed author of Birdmen comes a revelatory new history of the birth of the automobile, an illuminating and entertaining true tale of invention, competition, and the visionaries, hustlers, and swindlers who came together to transform the world.
In 1900, the Automobile Club of America sponsored the nation's first car show in New York's Madison Square Garden. The event was a spectacular success, attracting seventy exhibitors and nearly fifty thousand visitors. Among the spectators was an obscure would-be automaker named Henry Ford, who walked the floor speaking with designers and engineers, trying to gauge public enthusiasm for what was then a revolutionary invention. His conclusion: the automobile was going to be a fixture in American society, both in the city and on the farm—and would make some people very rich. None, he decided, more than he.
Drive! is the most complete account to date of the wild early days of the auto age. Lawrence Goldstone tells the fascinating story of how the internal combustion engine, a "theory looking for an application," evolved into an innovation that would change history. Debunking many long-held myths along the way, Drive! shows that the creation of the automobile was not the work of one man, but very much a global effort. Long before anyone had heard of Henry Ford, men with names like Benz, Peugeot, Renault, and Daimler were building and marketing the world's first cars.
Goldstone breathes life into an extraordinary cast of characters: the inventors and engineers who crafted engines small enough to use on a "horseless carriage"; the financiers who risked everything for their visions; the first racers—daredevils who pushed rickety, untested vehicles to their limits; and such visionary lawyers as George Selden, who fought for and won the first patent for the gasoline-powered automobile. Lurking around every corner is Henry Ford, a brilliant innovator and an even better marketer, a tireless promoter of his products—and of himself.
With a narrative as propulsive as its subject, Drive! plunges us headlong into a time unlike any in history, when near-manic innovation, competition, and consumerist zeal coalesced to change the way the world moved.
Praise for Drive!
"[A] marvelously told story . . . The author provides a terrific backdrop to the 'Chitty Chitty Bang Bang' era in which his story takes place. On display are lucky scoundrels and unlucky geniuses, hustlers, hacks, and daredevils galore. . . . Goldstone has written a book that beautifully captures the intertwined fates of these two ingenious pioneers."—The Wall Street Journal
"A wonderful, story-filled saga of the early days of the auto age . . . Readers will be swept up in his vivid re-creation of a bygone era. . . . 'Horse Is Doomed,' read one headline in 1895. This highly readable popular history tells why."—Kirkus Reviews (starred reviews)
"A splendid dissection of the Selden/Ford patent face-off and its place in automotive historiography, this work will be enjoyed by business, legal, transportation, social, and intellectual historians; general readers; and all libraries."—Library Journal (starred review)

"This book contains the great names in automotive history—the Dodge brothers, Barney Oldfield, all the French (they seemed, until Ford, to lead the Americans in development of the vehicle)—and it is fascinating. . . . An engaging new take on the history of technological innovation."—Booklist
From the Hardcover edition.
Also in This Series

Note! Citation formats are based on standards as of July 2010. Citations contain only title, author, edition, publisher, and year published. Citations should be used as a guideline and should be double checked for accuracy.
Staff View
Grouped Work ID:
b9a83058-81e3-95d5-f4e4-6d3a8c82ee34
Go To GroupedWork 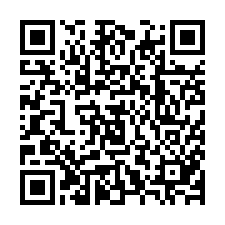