The sons of Sora
(Book)

"Set sixteen years after the events of The Exiled Earthborn, this explosive conclusion of the Earthborn trilogy tells the story of two brothers, the sons of Lucas and Asha, tasked with surviving the Xalan war to ensure the continued existence of the human race. Noah, an orphan from Earth's last days who, as a child, was smuggled to safety across the stars, is now nearly a man and a leader to the young enclave of Earthborn who reside on Sora. When the tranquility of their settlement is shattered by a shocking assassination attempt, Noah turns to his combative younger brother Erik, Lucas and Asha's only child by blood, for aid. Their journey takes them to the remnants of a dead planet, an outlaw-infested space station, and back to Sora, whose inhabitants are bracing for a final showdown with the bloodthirsty Xalans. They find themselves facing a new evil: the omnipotent Archon, who is somehow controlling the whole of the Xalan horde, and his bloodthirsty lieutenant, the Black Corsair, who has an unmatched taste for brutality. The Archon, so-called God of the Shadows, has unearthed knowledge that could wipe both Sorans and humans alike from the face of existence. The descendants of the Earthborn must uncover the true nature of the Archon and the Xalans before he burns everything they know and love to ashes. "--

Note! Citation formats are based on standards as of July 2010. Citations contain only title, author, edition, publisher, and year published. Citations should be used as a guideline and should be double checked for accuracy.
Staff View
Grouped Work ID:
f542af73-b39f-3b7d-b684-683bd19744ff
Go To GroupedWork 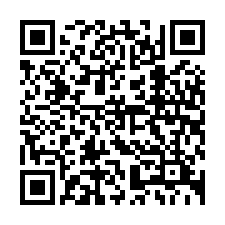