After closing a case with the Brooklyn Police Department, Mary Handley is determined to become an official detective in her own right. And when Emily Worsham shows up at her new office— convinced her uncle John Worsham was murdered and desperate for answers—Mary’s second assignment begins.

As she investigates the curious circumstances surrounding John’s death, Mary soon finds herself entangled in a high-stakes family scandal, a series of interconnected murders, political corruption, untrustworthy sources, and an unexpected romance with a central member of New York's elite.

Featuring historic figures like Andrew Carnegie, John D. Rockefeller, and the Vanderbilt family, Brooklyn on Fire takes Mary on a wild journey from New York City to North Carolina to uncover not only the truth of one man's death, but to unravel the mystery in three murders – with links tied perilously close to her own personal world.

Note! Citation formats are based on standards as of July 2010. Citations contain only title, author, edition, publisher, and year published. Citations should be used as a guideline and should be double checked for accuracy.
Staff View
Grouped Work ID:
10c60e03-b6bd-b28d-3f41-124d04fa49ae
Go To GroupedWork 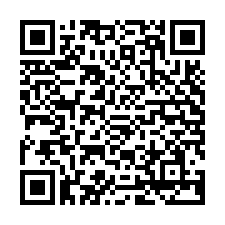